Building back a better and resilient future 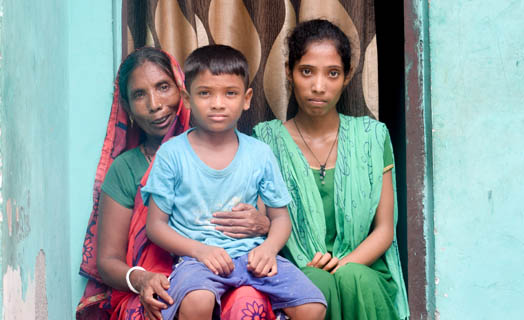 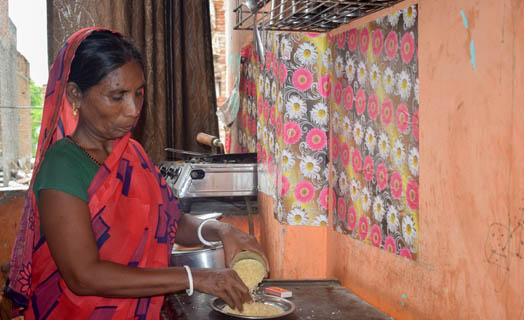 Meena Devi married Lakhan Lal when she was only 15 years old. A few years later, they had their first son. After that they came to Delhi in the early 1990’s. With nowhere else to live, they built a shack in the vicinity of Kirti Nagar which eventually became known as Reshma Camp. Housing conditions were poor, with people unable to access a decent sanitation and clean drinking water. The family suffered many health complications due to unhygienic living condition and lack of proper shelter.

Meena’s trouble worsened when her family was evicted from the slums of Kirti Nagar. But unbeknown to her, this disruption became a blessing in disguise, as the slum resettlement that the Government of Delhi effected meant that she was allotted a small plot of land in Rohini – 27 region.

Even though she had the land to her name now, this was not the end of her struggle. She rebuilt her life the only way she knew, struggle to eke out a living as a worker in the factory nearby. She put together mounds of bricks to build a temporary house with roof made of cement tiles from the little savings she had. But her roof would leak during the monsoon.

Habitat India partnered with 70 families from the Delhi slum rehabilitation colonies of Madanpur Khadar, Bawana, Rohini - 27, Najafgarh, Begumpur, Savda Ghevra to build safe and decent homes. Meena Devi was among one of the families who built a new home with support from Habitat.

“After having this home, I could divert the money usually spent on fixing the house to my children’s education and the household. Having a place of my own has given me so much relief especially during this pandemic,” says Meena Devi.

More than 3 years after building the house, Meena feels grateful for a house she shares with her husband, two daughters and two grandchildren.

“I would like to thank each person who has contributed to making my dream of having my own home come true. May God bless them with everything that they wish for,” says Meena Devi.

Bank of America and Habitat India joined hands to provide housing for families with special needs in Rohini, Delhi.

Women from the SHG working at the Sanitary Napkin manufacturing unit